The Town of Colchester performs water quality sampling from mid-June through August at the locations seen below. CLICK HERE for a larger version of the map below. 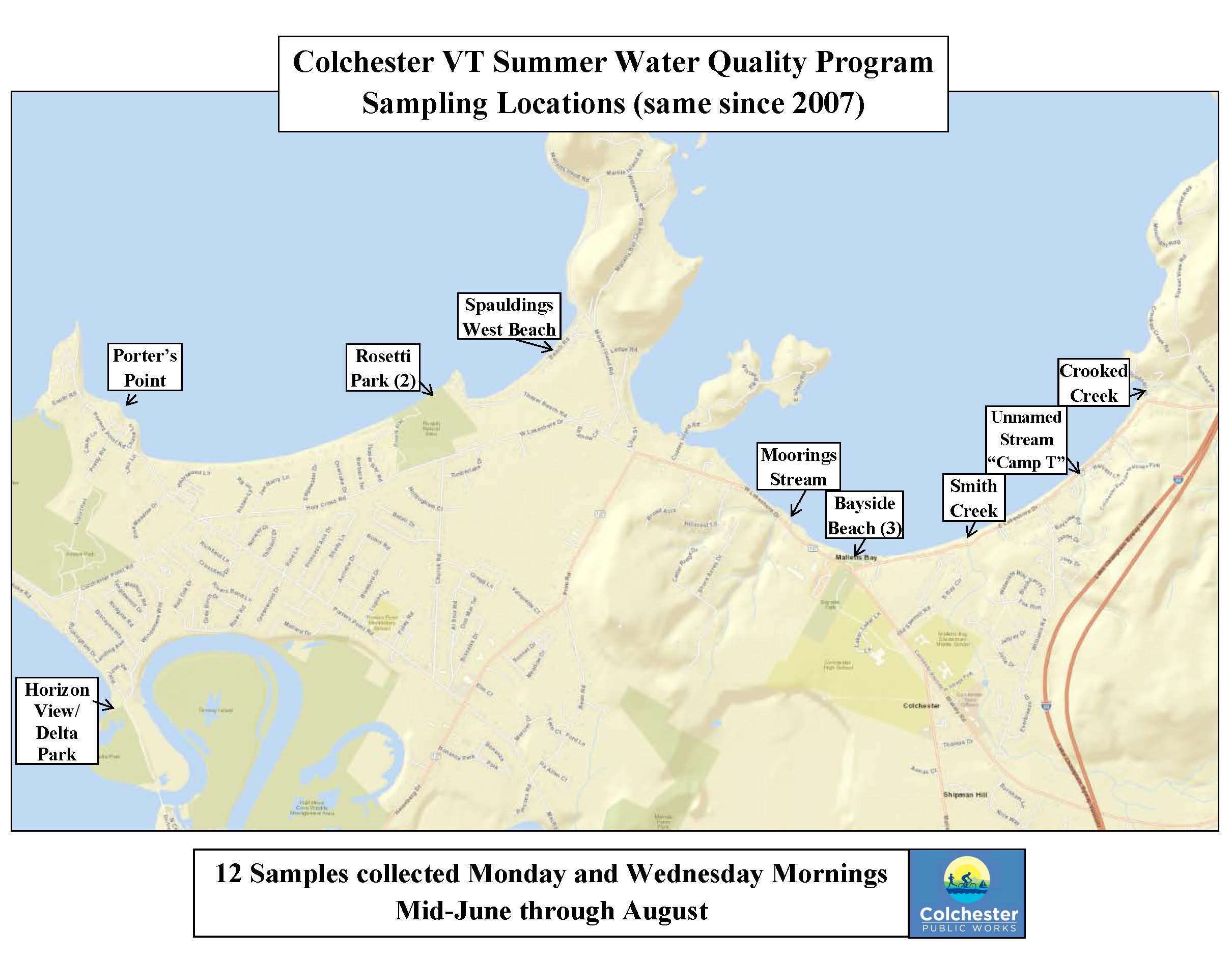 Twelve water samples from 9 different sites are tested twice a week for the bacteria Escherichia coli (E. Coli). E. Coli is a very effective indicator for the possible presence of more harmful bacteria that can cause human health problems such as gastrointestinal dysfunction (gastroenteritis).

The sites tested on a regular basis have been the same since 2007, which allows the Town to maintain consistency in our data collection. The sites tested are areas where there are likely to be large concentrations of people in the water, or areas where streams and tributaries enter into the Lake.

For Bayside Beach and Rossetti Natural Area, multiple samples are taken each testing day. If two or more of the samples have unsafe E. Coli levels, the affected beach will have signs erected warning of these high levels. The signs will remain until new tests come back with safe E. Coli counts.

AS A GENERAL RULE: Swimmers should always stay clear of streams, and where streams and storm drains flow into the lake. A distance of at least 100 feet from stream and drain outflows is advised.

Have Swimmers' Itch? Learn more about that h​ere

The Lake Champlain Basin Program also performs water quality testing in Malletts Bay from April through October as part of the Lake Champlain Long Term Monitoring Project. Since 1992, the program has tested for phosphorus, nitrogen, chloride, and other nutrients, and scientists also watch for signs of cyanobacteria (blue-green algae).

If you have any questions or comments, please email Karen Adams, Technical Services Manager, at kadams@colchestervt.gov or call the Stormwater Hotline @ 802-264-5628.